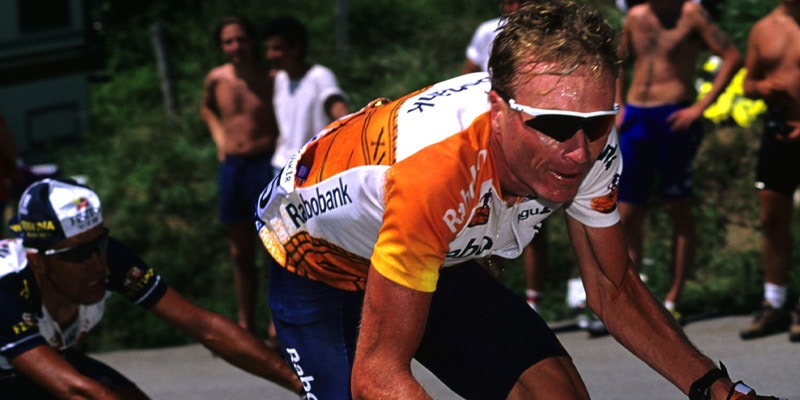 Former pro cyclist, Pat Jonker shares with BikeChain his view on indoor training and how you can make the most out of training indoors during this year’s Santos Festival of Cycling.

Once upon a time it was frowned upon to be seen training on an indoor trainer. Especially if you were a serious cyclist.
The only time indoor trainers (or rollers as we call them) were used was to warm up or warm down from a track race. Serious riding was always an outdoors activity. During my time as a pro living in Belgium during the 90s I didn’t own an indoor trainer, besides a set of Minoura rollers. It was all about toughness and even if it was mid-January and -3c outside with gale force winds you would still train outside. If Eddy Merckx did so should you.

I will never forget the 120 km training rides on the days when your bidon would be frozen solid after 30mins of riding, your woollen beanie would also be frozen and icicles would slowly be forming on your mullet. Add to this a few bruises from coming off your bike because you didn’t see that black ice while taking that hard right-hand turn. At the end of the day the suffering during winter over the years did build character, but I don’t believe it ever built any great amount of fitness. But the thought of preparing for a pro-season indoors seemed light years away.

Then a few years ago it took an Aussie by the name of Mathew Hayman to change the pro tour’s age-old mindset against training indoors for ever. You see Mathew broke his arm in the lead up to the toughest one day cycling race on earth - the Paris Roubaix classic. This would normally mean zero chance of even making it to the starting line as you can’t train on the road with a broken arm. But Mathew actually pulled off the impossible and won Paris Roubaix after barely pedalling outdoors during his preparation - something unimaginable until it was actually done. Mathew had spent 5 weeks training virtually on an app called Zwift, a training application which allows you to race against other cyclists.

Since Mathew’s unimaginable against all odds victory, the cycling world’s attitude towards indoor training has forever changed. It’s now even possible to earn a Pro Tour contract without ever having raced an international competition on the road.

With the world in semi lock-down and the Santos Festival of Cycling quickly approaching there are some great opportunities to actually ride each Tour Down Under stage virtually on an app called FulGaz. It’s free if you’re a subscriber and if you’re not then it’s a great opportunity to take advantage of the 14-day free trail. 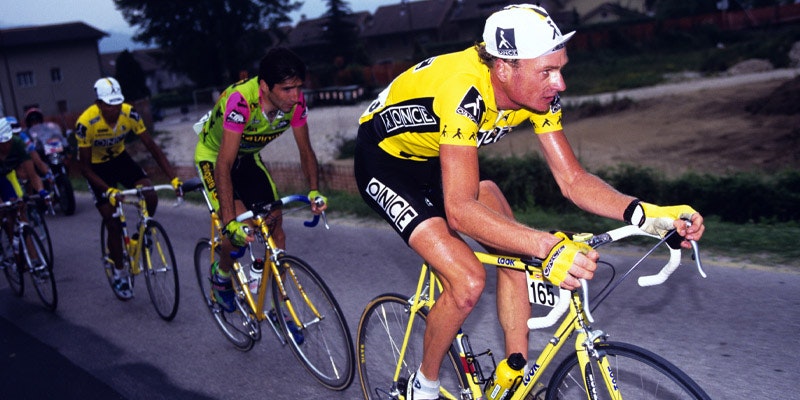 Here are some tips I have learned through the years of riding indoors.

What nutrition do you need to consume whilst riding indoors?

During a solid one-hour session on FulGaz I can easily lose 1.5 litres of fluid. I know this because I weigh myself before and after most sessions and the weight difference gives me an accurate measurement of my fluid loss per hour. So, bring some scales to the party. We call them hydration measuring devices.

What do I wear when indoor cycling?

Well, it can get pretty hot and sweaty in my shed during summer.

I wear bibs. Santini have a fantastic range of indoor cycling gear specifically designed to be worn inside. Made from lightweight breathable clothing called the Forza Indoor collection. Santini’s Forza C3 bib shorts are moisture wicking, designed to have optimum airflow throughout the tiny holes cut out of the legs. They also have my favourite chamois in them which are made of porous gel so still breathable.

Most of the time I simply wear a sleeveless moisture wicking top - Santini have various models in their range.

How to prepare for virtual indoor challenges?

That’s easy. Simply make a commitment to have a go. Make a start no matter what your fitness level is or if you have little riding experience. I haven’t heard of a novice falling off their indoor bike as yet so it’s super safe. The virtual challenges during the Tour Down Under are not too challenging, however are scenic so you will find a one-hour ride just flies by. I promise, once you get started you will become addicted to the virtual world of cycling just like I have.

Check out the latest virtual indoor cycling tours running this year at the
Santos Festival of Cycling.

Looking to get yourself ready for indoor cycling? Shop the latest from Santini.