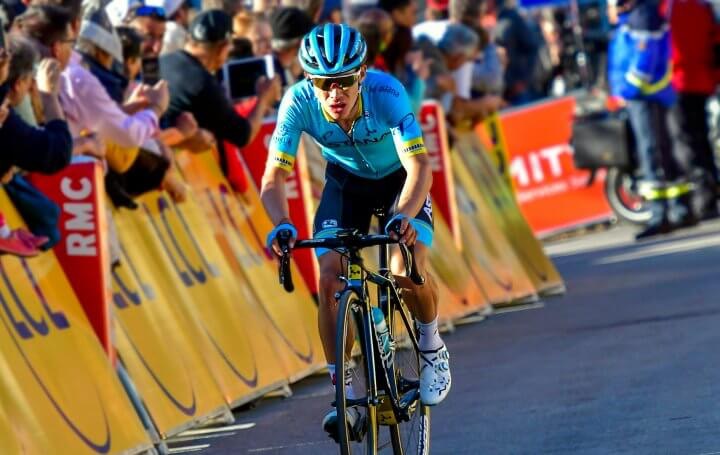 In a dramatic finale, Astana Pro Team’s Kazakh Champion achieved the fifth seasonal win with Northwave Extreme Pro shoes in spite of two crahes in the last 20 km, the latter within the final 2000 meters. His teammate Lopez runner-up in Paris-Nice’s queen stage

A masterpiece by Alexey Lutsenko characterized Tirreno-Adriatico stage 4 - 221 Km from Foligno to Fossombrone (Italy), on Saturday March 16th. Astana Pro Team’s Kazakh Champion brought his Northwave Extreme Pro shoes to the top spot of the podium for the fifth time in the 2019 season, with a showcase of grit and strength.

Lutsenko took off on a solo attempt with 36 Km to go, gaining a minute of advantage on his main opponents before losing hold of his bike in the first descent down the Cappuccini climb, but ws able to continue on his action. While losing some ground on the second time up the ascent, Lutsenko looked to still have enough cushion to finish his solo feat, but lost it when he slid in a left turn inside the final 2000 meters, being caught by three rivals.Despite his mishaps, the Astana Pro Team rider showed great tenacity, outsprinting his rivals in style: behind the winner, Slovenian Primoz Roglic finished second, preceding the overall leader Adam Yates and another Astana rider, Dane Jakob Fuglsang, fourth on the finish line. 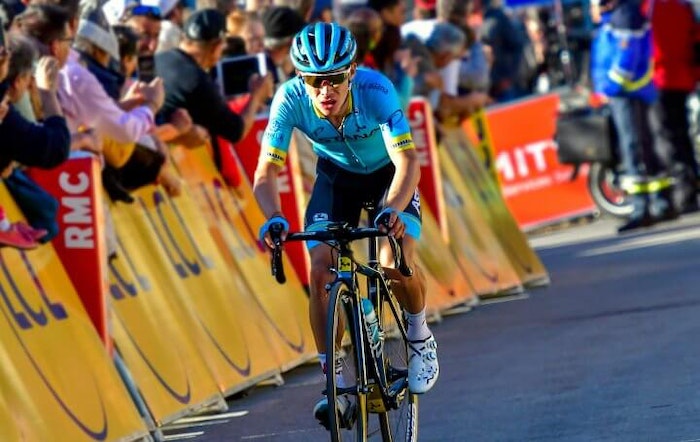