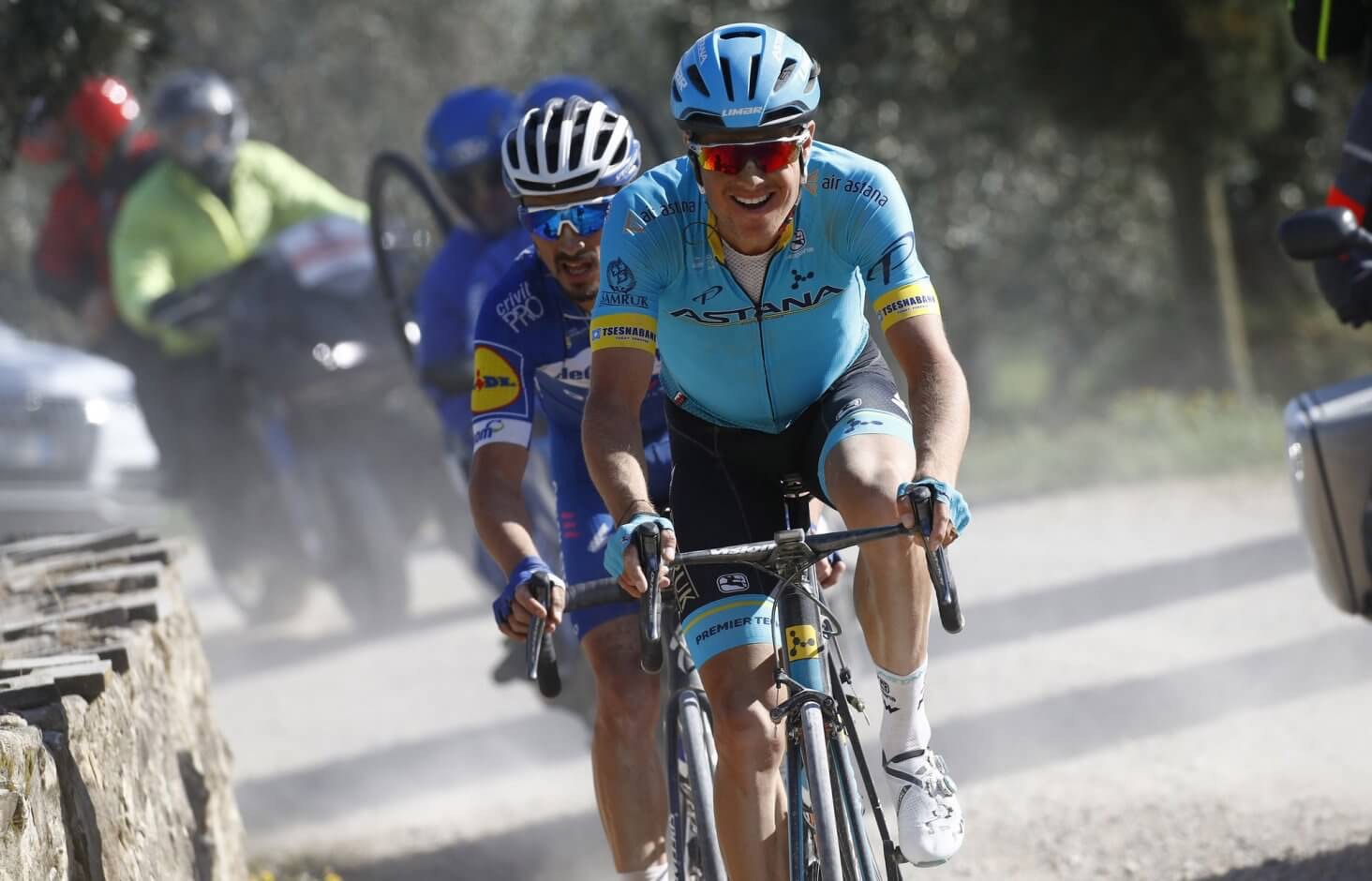 Fuglsang forced the pace on the Colle Pinzuto hill together with Alaphilippe in the wheel and the group of the main rivals, including Van Aert, in pursuit.

The Belgian rider reached the escapees in view of the last kilometer, but Julian Alaphilippe launched the decisive attack on Santa Caterina hill, preceding in the iconic Piazza del Campo the Northwave rider, while Van Aert took third with a 0.25” delay.