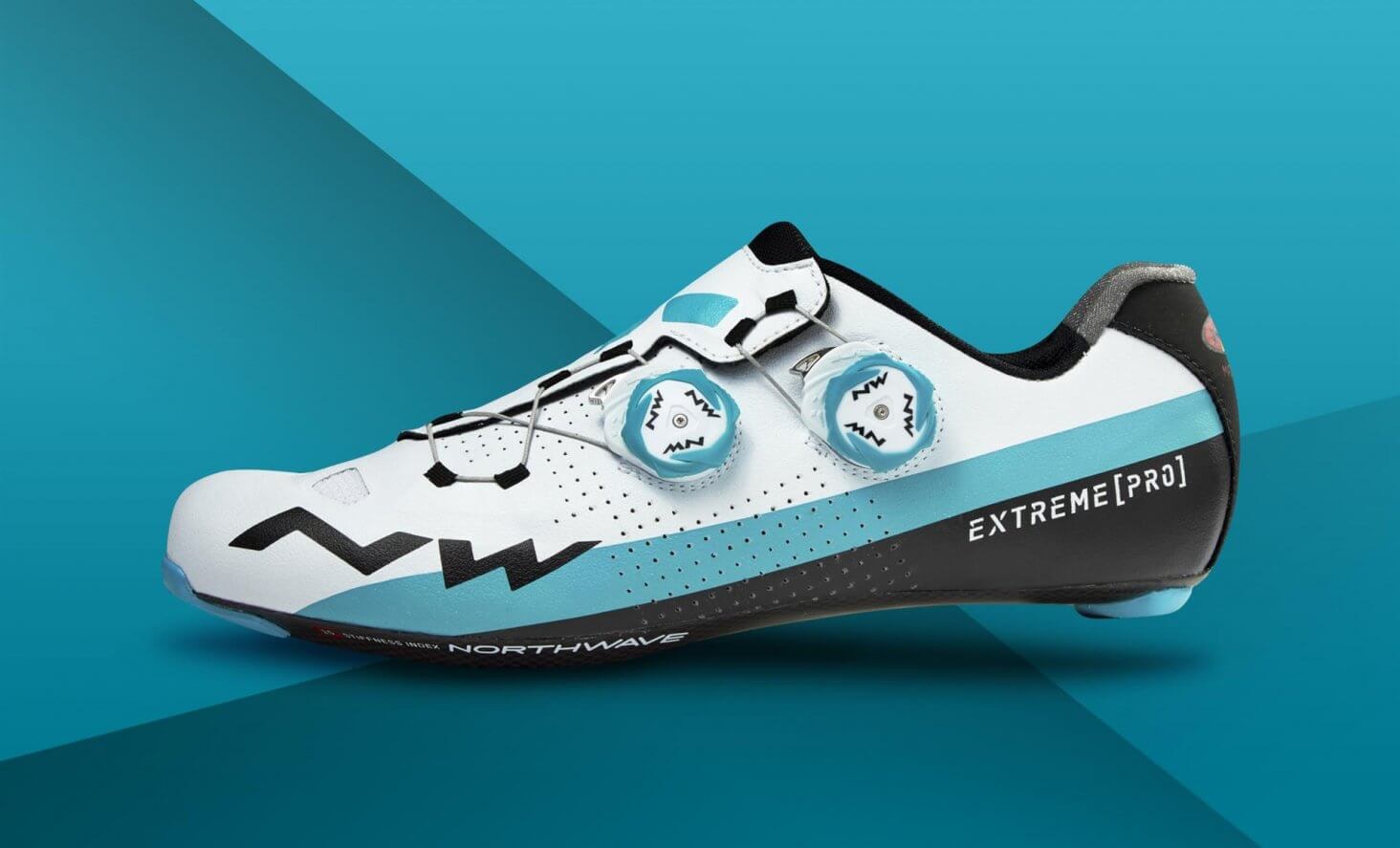 Northwave celebrates the partnership with Astana Pro Team (one of the most successful squads in the World Tour) with a special edition of its top-end road shoes. The new Extreme Pro will be premiered at Taipei Cycle Show (March 27-30), in the showcase along with to the highlights of Northwave’s shoes and apparel collections

The partnership between Northwave and Astana Pro Team started under a lucky star. With 19 victories achieved in the first two months of the season, the Kazakh team equipped with Northwave Extreme Pro shoes is one of the most successful World Tour squads in 2019, confirming the great success of a collaboration with a big potential.

That’s why Northwave wanted to dedicate to Astana Pro Team a special edition of its top-end road shoes. The premiere of the new “Northwave Extreme Pro for Team Astana” pro model will take place at Taipei Cycle Show (March 27-30, 2019), in Northwave’s booth at Asia's largest cycling exhibition (Italian Pavillion, Booth L0617). In addition to Extreme Pro’s new design, in the Northwave booth the Taipei Cycle visitors will have the opportunity to discover all the best of the Italian brand’s shoes and apparel collection.

Extreme Pro’s exclusive livery will debut at the 2019 Tour de France, and accompany Miguel Angel Lopez, Jakob Fuglsang, Alexey Lutsenko and the other Astana Pro Team’s riders for the rest of the season.

POWERSHAPE CARBON 15 OUTSOLE TO UNLEASH THE POWER OF CHAMPIONS

After intercepting and studying the pro riders’ feedbacks, Northwave introduced on the shoe market Powershape® Carbon 15, its newest top-performing outsole featuring the exclusive Powershape® arch support. 100% made in unidirectional carbon – the stiffest on the market – with a stiffness index of 15 (the highest in the Northwave’s scale) Powershape® Carbon 15 shows a tubular-inspired design to reach the maximum possible stiffness, without giving up a single, valuable watt. Thanks to this technology, Astana Pro Team’s athletes could save valuable energy to spend when it counts the most - in the races’ finale.

There is more to power transfer, though: the Powershape® arch support’s patented shape has been developed to maximize the efficiency of your pedal stroke. The arch support is meant to avoid hard pressure on the sole during the downstroke, in order to make the pedalling smoother and more effective.

EXTREME PRO AND MORE: IN TAIPEI TO DISCOVER THE WHOLE NORTHWAVE COLLECTION

Extreme Pro’s special edition won’t be Northwave’s only highlight at Taipei Cycle Show: in fact, the visitors will have the opportunity to get close and personal with Ghost Pro, Northwave’s top range MTB shoes characterized by the XFrame2® patented technology, the first Northwave Flat-pedal models, Clan and Tribe, and the apparel collections suited to all different athletes and disciplines, starting with the Sense kit and a whole new All-Mountain apparel range.

The Extreme Pro upper is designed with the new XFrame 2® concept, providing the snuggest and most even fit. The best athletes in the World need the highest degree of fit customization: to comply with that, Northwave implemented a double SLW2 dial, to allow riders to tighten the fit around the instep and forefoot to different degrees for custom-fit adjustability and even finer adaptability. A new-generation microfiber even softer and more, means a guaranteed snug fit, greater stability and a perfect connection between the sole and closure.

XFrame 2® is also characterized by the replacement of plastic inserts with soft tapes, and the soft flexible Dyneema cable that naturally conforms to the shape of each foot. That means: perfect fit for any kind of foot, and the ideal power transmission that proved so valuable for Astana Pro Team early in this season.

How do you say #newkitday in French? Let us show you! Introducing the new special edition Tour de France Team Trek-Segafredo jersey. ...