Over the last six years I’ve led LDN Brunch Club, an independent, inclusive running community promoting balance between running/fitness, diet and busy London life. We’ve held weekly run sessions, supplementary strength and conditioning sessions, yoga practice, yearly events for key calendar moments like International Women’s Day and Global Running Day, held a Monopoly themed run (nominated for Best Fun Run at The Running Awards) and even formed our own relay race – LDN Ekiden. We’ve taken part in a number of relay events finishing 69th overall (out of 1165 teams) in last years ‘mother of all relays’ Hood to Coast and 11th placed mixed team. We also finished first mixed team in both the Great Team Relay in 2018 and the UK Ragnar Relay in 2017, also third overall out of 100+ teams. We’ve had members race across the world representing the crew in half marathons, marathons, ultras and triathlons – everywhere from Tokyo to New York and Cape Town to Stockholm.

We’ve had many successes but the biggest is having hundreds of runners join us, from all walks of life, different backgrounds, professions, races and religions – forming friendships and relationships with people they might not have otherwise met. Starting as a shared interest in running and developing into something much more, something long lasting. There are many people who ran with us, who now count people they met at the club as their closest friends, some who moved into the sports and fitness industry as a direct result from being part of the club and some who met others in other running crews who have gone on to marry and/or have children together. 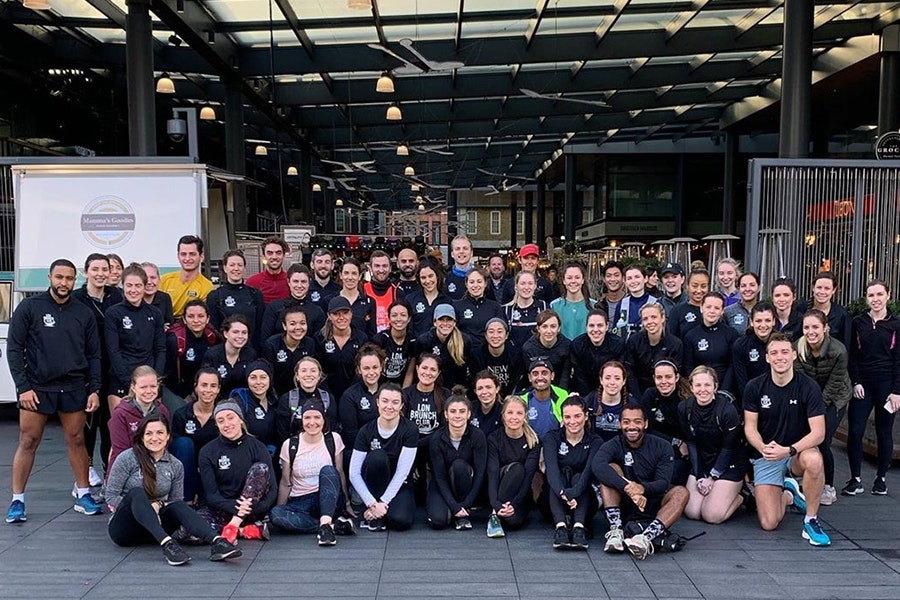 Pre-Covid, our London based weekly Sunday runs finished with brunch at a different café or restaurant. We developed great relationships with a number of businesses across London to visit and host our group on an cyclic basis. We know many of those hospitality businesses are now struggling and some have already sadly closed. One of many business casualties of the pandemic was Department of Coffee and Social Affairs in Spitalfields Market, our home and base for the last two and a half years, which shut down (permanently) during lockdown.

Post-lockdown, we received many expressions of interest from people who wanted to join us and we’ve had a large increase in people join our mailing list in the last six months. We had big ambitions of managing our own space and were in discussions with a well-known space in East London about creating our own ‘Run Base’ home – which would allow us to host wellbeing events, organize fitness-related community events for locals (Tower Hamlets is a borough with one of the lowest rates of physical activity) and lead runs and support wellness initiatives for local businesses. Unfortunately, we weren’t allowed to take on the space, mainly because of our lack of initial funding but, more frustratingly, the space we wanted has remained empty and completely unused over several months. 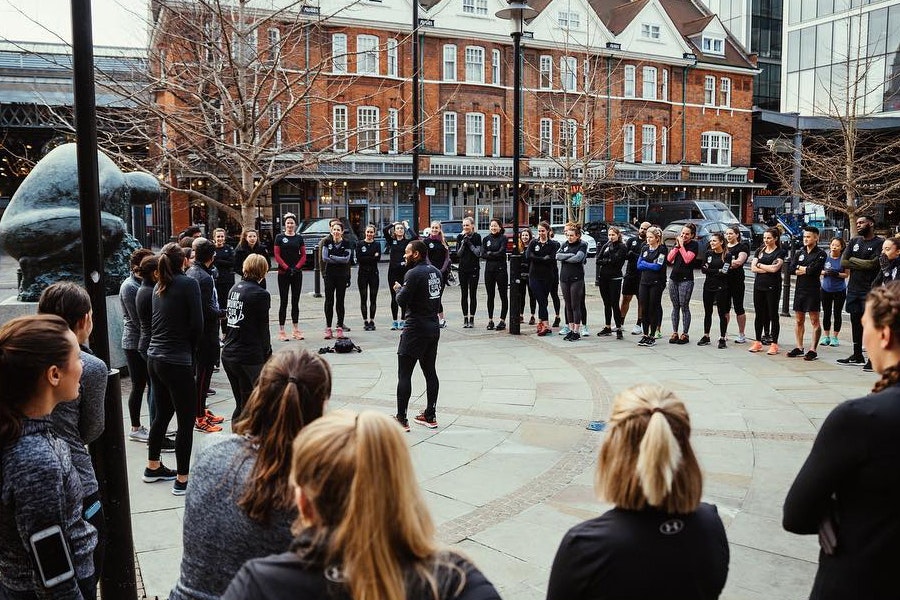 The situation I now find myself in isn’t unique. The lack of funding, investment and support available to us is typical of the challenges faced by many Black business owners and entrepreneurs1. Additionally, many companies and businesses who have reached out to work with us over the years or asked us to engage in partnerships or promotions for their businesses, have nearly always wanted us to do so completely free of charge and at best there’s been an offer of product sampling – which doesn’t help to support communities like us in the long term. Those ‘no budget’ conversations are a problem many other communities have faced and something that’s prevalent across the fitness industry. 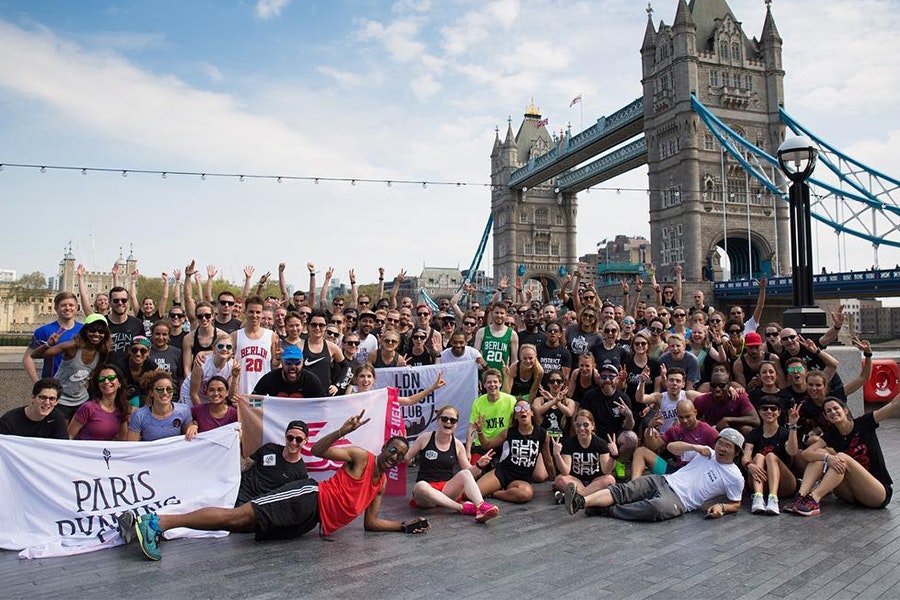 Following the deaths of George Floyd, Breonna Taylor, Ahmaud Arbery, and the protests that followed, there was a noticeable reaction from many brands and businesses across the sports and fitness industry. On BlackoutTuesday, many posted black squares with a statement of allyship. However, in the days, weeks and months that have followed it became apparent that several were simply offering performative allyship and tokenism. In recent coverage from the 2020 London Marathon, there was a distinct lack of coverage about the winner, Kenyan Brigid Kosgei. Instead, multiple articles were published about the second placed US athlete Sara Hall. However good her race, it’s certainly not common practice for a second placed athlete to be celebrated more than the winner; particularly when the winner dominates the race, taking a three minute lead2. It’s clear that the vast majority of running publications and outlets have historically made very little effort to engage and highlight diverse communities, outside of their traditional audiences. It remains to be seen whether many who claimed to be working hard on trying to improve the diversity of their employees, contributors and features will actually do so.

I’ve witnessed the lack of visibility in publications and media for a long time and I believe it’s a key reason why many people of colour think running, and other types of exercise like cycling and swimming, aren’t for them. I still remember the look of surprise from friends and family when I said I was training for my first marathon back in 2014. Many people seem to think because of the ability and success of elite East African runners and the huge successes of the likes of Mo Farah and Eliud Kipchoge, that there is a similarly strong representation of Black runners recreationally – but there isn’t. Personally, I only really considered that I would be able to run a marathon when I joined Run Dem Crew in 2013. Running with other POC who were just ‘normal people’ with day jobs, some with children, some that didn’t have a ‘typical’ runner’s body shape and yet many just seemed to run further and further just for the fun of it – it was genuinely the first time I had thought I could do this too. Being surrounded by those people on a weekly basis, led to me completing my first five marathons in the space of two years. Thanks to the community and the people, not the magazines or brands, I was probably the fittest I’ve ever been and those two years were probably the most fun, of my 35 years. Travelling internationally with RDC, and later LDN Brunch Club, I became increasingly aware that most of the diversity I saw at races, was almost entirely down to the Bridge the Gap movement which brought together a number of different international crews. Diversity without that and without us, would have been non-existent.

In 2018, I went to watch Boston Marathon for the first time and was acutely aware of the lack of diversity in the recreational runners there, in the race considered the mecca of marathon running. I said then that my target would be to qualify and help elevate others around me too. Particularly those who, like me, also believed, “I will never be good enough or fast enough to be here”. My personal running journey didn’t exactly go to plan as I spent the majority of 2019 with an Achilles injury (from running NYC Marathon), which lasted most of the year. It was this injury however that took me deeper into the world of cycling and triathlon.

Unable to run, I began to cycle outdoors more regularly and I started to cycle indoors too. Around the same time, the Diversity in Cycling report3 was published which highlighted many of the same observations I’d had in running were also prevalent in cycling. Subsequently, further reports have been published on the lack of diversity across all triathlon distances, with Ironman CEO & President, Andrew Messick, stating less than one percent of their athletes in the US and Canada are Black4.

Although I enjoyed cycling at a young age, and started to cycle commute when I moved to London eight years ago, I still consider myself to be a fairly new cyclist. If I’m honest, I still can’t tell you the names of some parts of my bike, I’m still familiarising myself with the etiquette rules and I only recently switched from mountain bike pedals to SPD-SLs. Despite all that, I’m now finding much more enjoyment and freedom in cycling, very similar to when I first started running. I’ve managed to build up to riding longer (60-80km+) most weekends, with a little help from Science in Sport, and have enjoyed riding around Epping Forest, the Chilterns and even down to Brighton – mainly for the fish and chips on the beach. I’ve just started racing in the Community Division of the Zwift Race League, as part of the Rapha RCC team (Cat C). 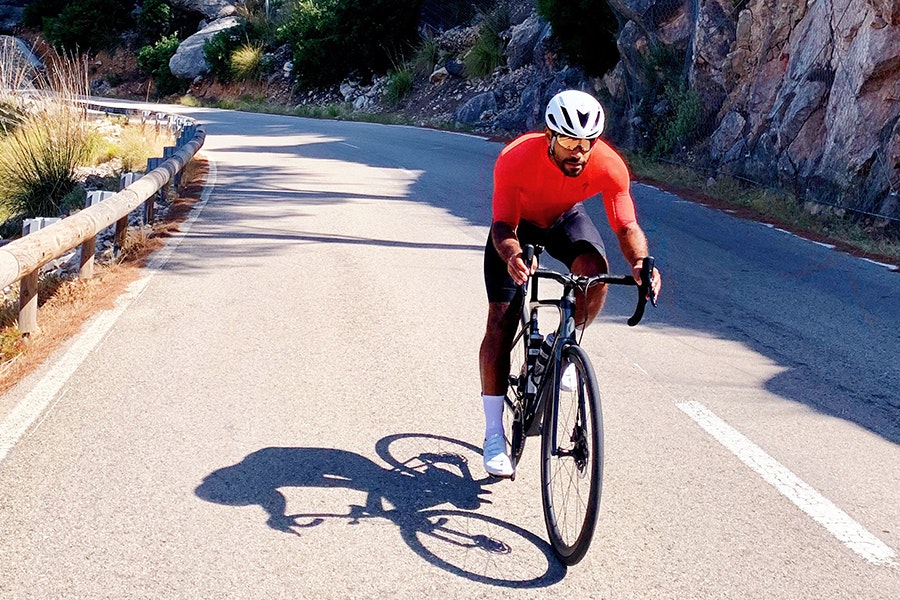 There are many individuals (like Yewande Adesida5), groups and communities trying to improve representation and encourage inclusion; like Chain Cyclists, Ride4Unity and RideFest in the UK and, most notably, Legion LA in the US. In the UK however, there is still a glaring lack of both practical action to facilitate change and implementation of this on the ground. I understand the benefits and need for greater visibility and representation at all levels but I feel there should be more focus on trying to promote cycling as a sustainable mode of transport, challenging misconceptions about cycling/cyclists, a greater focus on improving safety and infrastructure and developing programmes to create safe spaces for people (especially young people) to learn to cycle. Alongside the lack of racial representation, there are also clear barriers to ‘participation’ which are more likely to effect minorities – such as historic lower rates of pay6 and the effect of glass ceilings7 – therefore less disposable income.

The cycling industry has a long way to go and running may be further advanced but there’s certainly still plenty of room for improvement. Covid has put an undoubtable strain on the communities that have brought so many people together through these forms of exercise. I hope that when we eventually emerge on the other side of the pandemic, communities like LDN Brunch Club will be able to meet up again and we’ll start to see the progress and inclusion that has been promised from the leaders in the industry so that over time we’re able to feel as supported, visible and celebrated as our white counterparts.

Our Science in Sport nutritionist Ben Samuels outlines the performance benefits of using caffeine during race day and why pro...

SIS - Hydrating in the Summer months