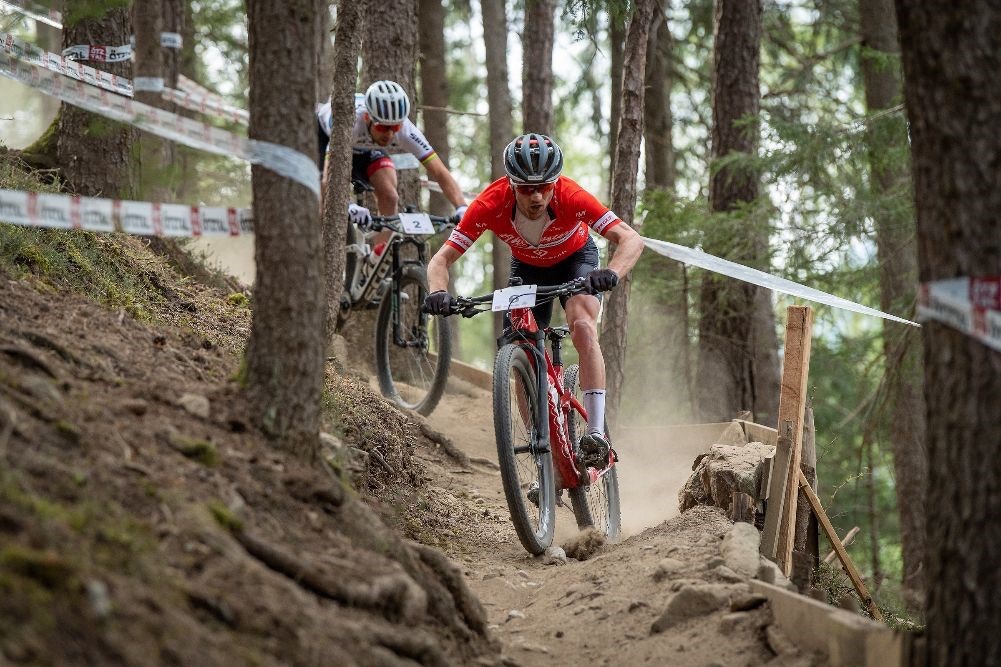 In Haiming, Austria, the mountain bike circus met for a race where the hard terrain and very technical passages between the tree roots made it a very selective competition. And when the going gets tough, Mathias Flückiger gets going!

Mathias started the race very confidently: "I didn't feel quite as good as last week in Italy, but I was able to get along with the different attacks” summed up the champion at the end.

Since the first lap, the Olympic champion Nino Schurter increased the pace; only Flückiger kept his wheel while Cink, Fini and the Swiss Lars Forster fought for the last step of the podium.

And like last week, the exciting show took place during the last lap when Flückiger forced the pace at400 meters to the finish line and raising his arms, won again. "Two wins in important races at the beginning of the season, twice in a thrilling final. I think I've never started a season so well!".

Mathias Flückiger, exited for his victory at the Ötztal Mountain Bike Festival, is now thinking about the Olympics.

The race: Anne Terpstra takes the lead from the beginning together with Laura Stiger, who already during her second lap, tries to “push”; the Dutch immediately responds and counterattacks taking the race leadership until the finish line, where Anne Terpstra wins with even more than half a minute ahead of her compatriot Anne Tauber and more than 1 minute over the Austrian Laura Stigger at the third place.