Sale
Bike Shop Near Me Blog
‹ back
Home
Blog
Events & Experiences
Northwave - L.L Sanchez grazes win at Tour Down Under

Northwave - L.L Sanchez grazes win at Tour Down Under 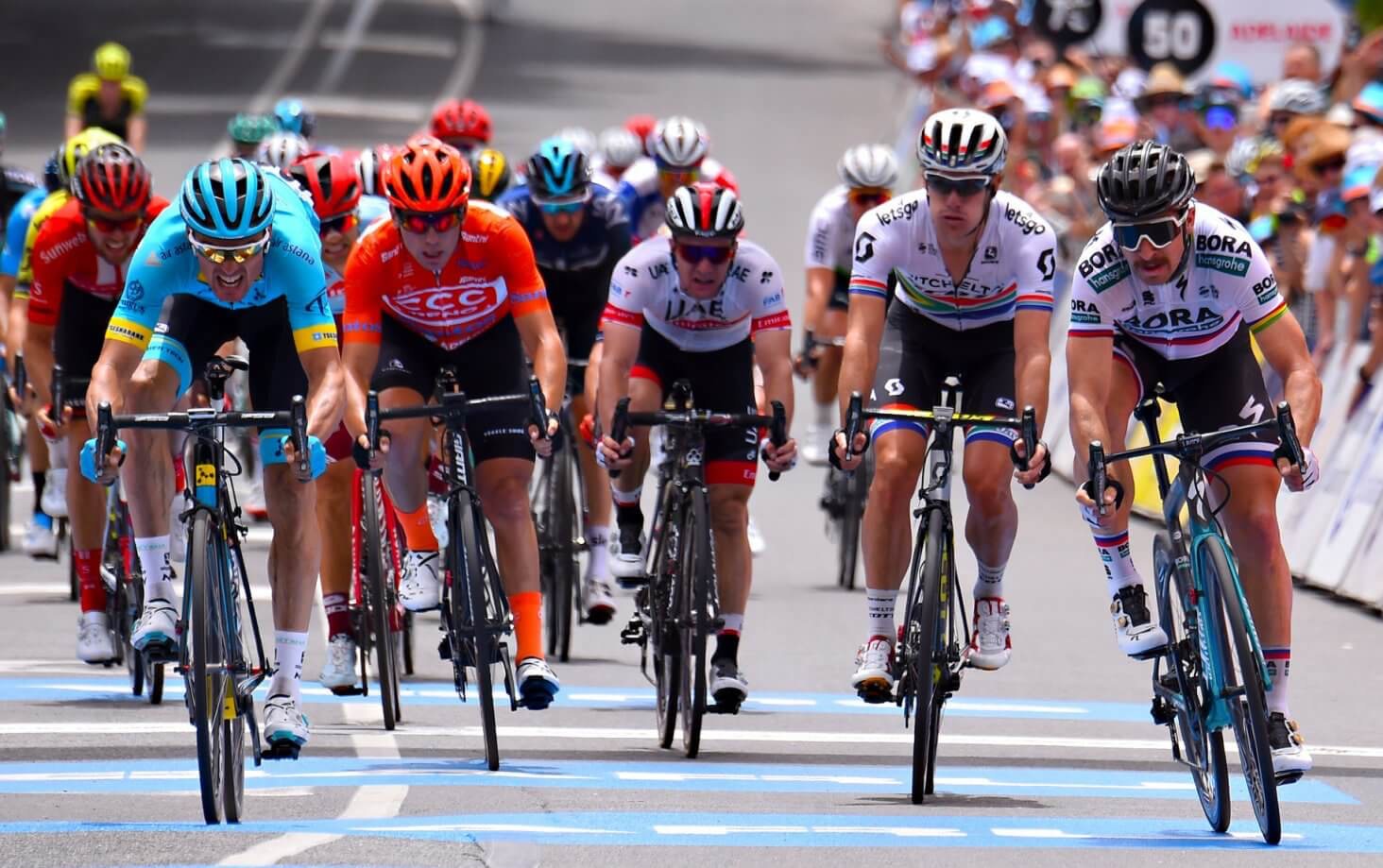 Astana Pro Team close to the first seasonal success with Northwave Extreme Pro shoes in the Australian race, claiming the second place in the stage 3 in Uraidla, as stage 2 winner Patrick Bevin maintained the overall leadership

With the second place claimed by Sanchez, Northwave conquered the second podium in a row at 2019 Tour Down Under. Yesterday, on Wednesday January 16th, New Zealand’s Patrick Bevin (CCC Team) gave Northwave the first seasonal win in the UCI World Tour circuit.

Bevin, fifth today, maintained the overall leadership with 1 second +on Sagan and 9 seconds on Sanchez. A great debut on the international scale for Extreme Pro, the best ally for the Northwave riders to unleash the best effort in the sprints, thanks to the benefits of the Powershape® arch support.