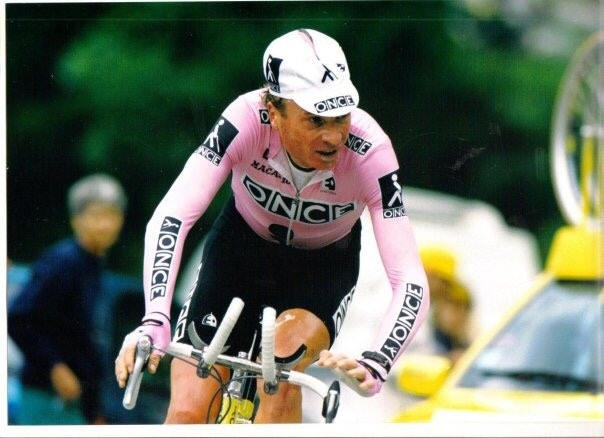 A story from the Australian cycling legend, Pat Jonker.

The Tour de France is every road cyclists dream. For me personally it was watching flashes of the TDF on Wide World of Sports during the 80s at my home in Adelaide. Phil Anderson was the first Aussie to wear the yellow leader’s jersey in 1981 and he did so with a lot of guts and determination, reflective of his grit as the most successful Australian rider in that era. 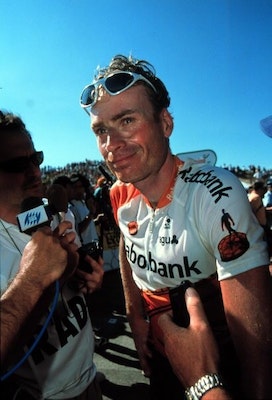 Fast forward to my Tour de France debut in 1994 for Novemail-Histor. I looked across the start line one day and – yep - my idol Phil Anderson was right there, in the same field as legends of the sport such as Greg LeMond and Sean Kelly. Without doubt it was a dream come true for me.

The TDF can make dreams come true, but more often it can mentally break a young cyclist.

The Tour is not like any other bike race on earth.

We are currently into the first week of the 2019 TDF and I can tell you from experience it’s the most stressful week of racing any rider will ever experience.

Cycling’s other grand tours – the Giro d’Italia and Vuelta a España – are both very tough physically, but nothing compares to the Tour.

You have around 180 elite cyclists pushing, pulling and fighting for the best possible position desperately sheltering protecting their team leader for hours on end. Crashes are the norm and the first week of the Tour is simply two wheeled chaos where the prevailing motto is ‘se freni, non vinci’ - literally ‘he who brakes, loses’.

My first experience of this chaos was during my first ever Tour stage. My job was to help lead out our team leader Wilfred Nelissen – the new Belgian champion - during stage one of the 94 TDF into Armentières, which was destined to be a sprint finish.

After I’d finished my work for the day, I rolled in around the last corner at the back of the group to find Wilfred unconscious and laying in a pool of blood. All around him six other riders were laying on the ground, including the great French rider Laurent Jalabert, who was missing two front teeth and having blood sponged off him by the Tour’s medical staff.

It was my very first day on the Tour and already I’d had an experience that would stay with me. It was clear that this was a race like no other, where riders would risk life and limb for the yellow jersey and the money and the glory that go with it.

As that first Tour moved on I also hit the deck, as most riders do. It was during the team time trial on stage 3 between the port town of Calais and the newly opened Eurotunnel that now links France and the UK. You wouldn’t think a crash would be possible in an event where everyone is on the same team, would you?

However, at speeds over 50km/h, riding millimetres away from your teammates’ rear wheel with your hands tightly gripping the aerobars (and nowhere near the brakes) it’s not uncommon for teams to crash during time trial events. We lost one rider with a broken collarbone in that crash, but we didn’t have time to wait for him - we got up, dusted ourselves off and kept riding.

That’s the essence of the Tour – it waits for no one. 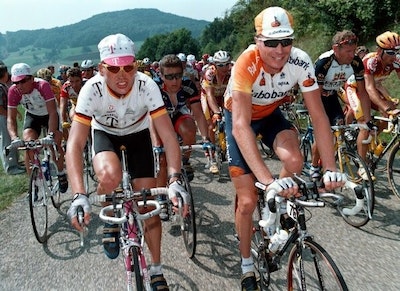 As the Tour moves on to the second week you would be surprised to know that we all in some unusual way look forward to the mountains . The terrain might be a bit more difficult than on the flats, but when the mountains arrive the peloton changes its attitude. Things become more placid, the the stress of the first week slowly slips away, to be slowly replaced by a different kind of punishment.

The mountains are without question the domain of the skinny climbers. Only a few dozen riders have the ability to climb with the front few groups and contest the battle for mountain points, stage wins and the yellow jersey. For the rest of the peloton it’s a matter of survival - pushing hard to beat the time cut on each stage to avoid being eliminated from the race.

For most riders, this happens by forming what is known as the autobus or the grupetto¬. In this last group on the road most non-climbers will calculate precisely how much time they can afford to lose and ride the mountain stages accordingly - climbing within themselves up the mountain slopes, then descending the mountain passes as if they have nine lives to make up lost time to ensure they can start the next stage.

Riders who were out to destroy you during the Tour’s first week of racing all of a sudden become your closest ally, all sharing drinks and food and taking turns setting the pace. Not to do so would mean not making it to Paris, and everyone who starts the Tour wants to make it to Paris.

Most memorable for me would be the mountain top finishes such as Alpe d’Huez or the Col du Tourmalet, where around 500,000 spectators would wait for days for the Tour to arrive. Once on the climb you ride into a sea of spectators who only step away a split second before you run into them. For 45 minutes to an hour you can see no asphalt and hear nothing other than the roar of the crowd and the blades of the helicopters that hover only meters above. 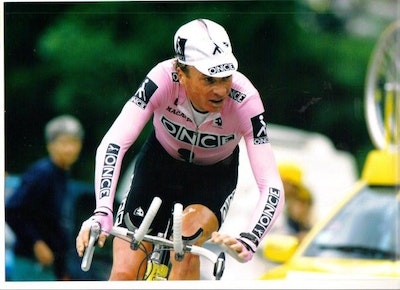 A Tour stage win on one of these mountains means not only lifelong fame and fortune in the sport of cycling but also a place in the hearts and minds of the fans, which will live on long after you’d expect most people to have forgotten.

The fatigue at this stage of the Tour is hard to describe. You finish the stage, head straight for the team bus, and fall asleep in your seat on the way to the hotel. Like a wandering ghost you make your way to your hotel room, sit down in the shower (standing up takes too much effort), scrub the grime, snot and sometimes blood off your malnutritioned body, then get back to bed for more of a snooze. After that comes the best part of the day - an hour long massage that gives you some hope of making it through another day.

You’d think that after riding so hard all day that dinner would be something to look forward to, but it’s honestly a real chore - your appetite is almost non-existent, so you force as much food down as you can to help fuel your efforts. At this stage of the tour your stomach has shrunk to the size of a grapefruit, so it’s impossible to eat quickly, and getting all the way to dessert can take a very long time. 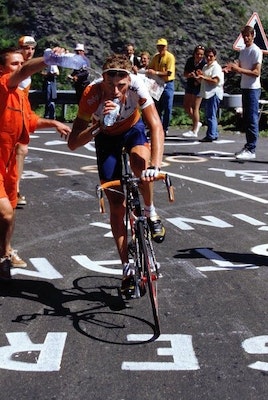 The fatigue during the final week doesn’t change as much as you would expect. Once into the last 5-6 days of racing all the riders are exhausted, the pace has dropped a few km/h, and the Tour becomes in a strange way bearable. All riders now have their eyes set on riding up the Champs Élysées to the final finish line.

The feeling of riding into the outskirts of Paris and then up the packed Champs Élysées in front of around 750.000 spectators is the most amazing feeling a rider will experience, magnified so much more because you realise that after three weeks of pain and suffering it will all soon be over and the suffering can stop.

It’s funny in a way - during the last week of the Tour you promise yourself that you will never put yourself through it ever again. However, as soon as you cross the finish line on the Champs Élysées and realise you’re free to go home you start thinking of possibly racing again next year. 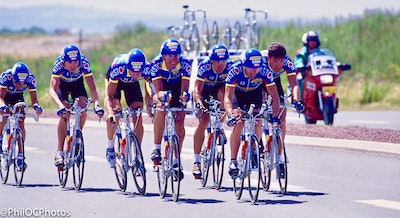 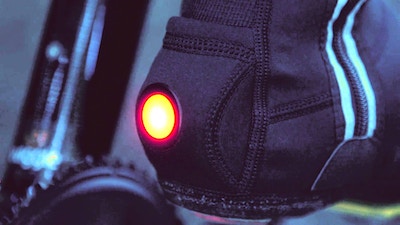 Sealskinz Halo: the safest overshoe out there? 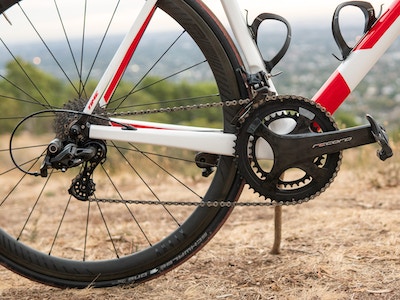